I’ve known Robert for what seems like forever. We’ve been great friends since high school, so it was an honor for he and his fiancée, Jessica, to ask me and Kristina to photograph their wedding. Robert upped the ante for me a little bit when he asked me (David) to be a groomsman too. Ha! I got this! Kristina will be taking the lead but except for some of the bridal party photos, we’ll be able to shoot the wedding day together. This is actually the second time I’ve been IN a wedding I was also PHOTOGRAPHING. (I don’t recommend doing this often, but I make exceptions for special people.)

END_OF_DOCUMENT_TOKEN_TO_BE_REPLACED 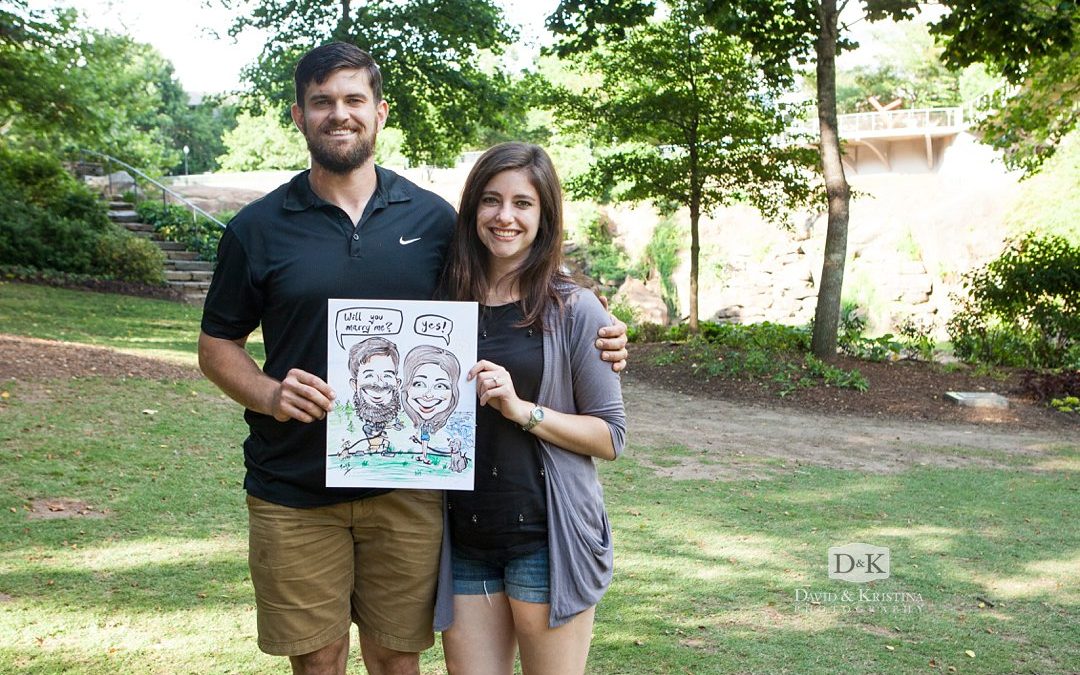 Surprise Proposal with a Caricature Artist

Without a doubt, one of the coolest ideas ever!  Dustin proposed to Deborah by arranging for his “friend” Catherine (Dustin and Catherine had actually never met, but Deborah was made to believe they knew each other in high school) to draw a quick caricature of them during their walk in the park.  The dogs sat patiently as Catherine, the caricature artist, drew the proposal (who “just happened to be offering free drawings that day”)…then the big reveal!

Deborah was SHOCKED!  I know they’re both having a great time telling THIS story!

Check out Caricatures by Catherine in Greenville, SC.

Catherine draws the proposal before it happens…just wait till Deborah sees it! The caricature artist drew the proposal that was about to take place and surprised the Deborah with the big reveal. As she turned the drawing around, Dustin got down on one knee. 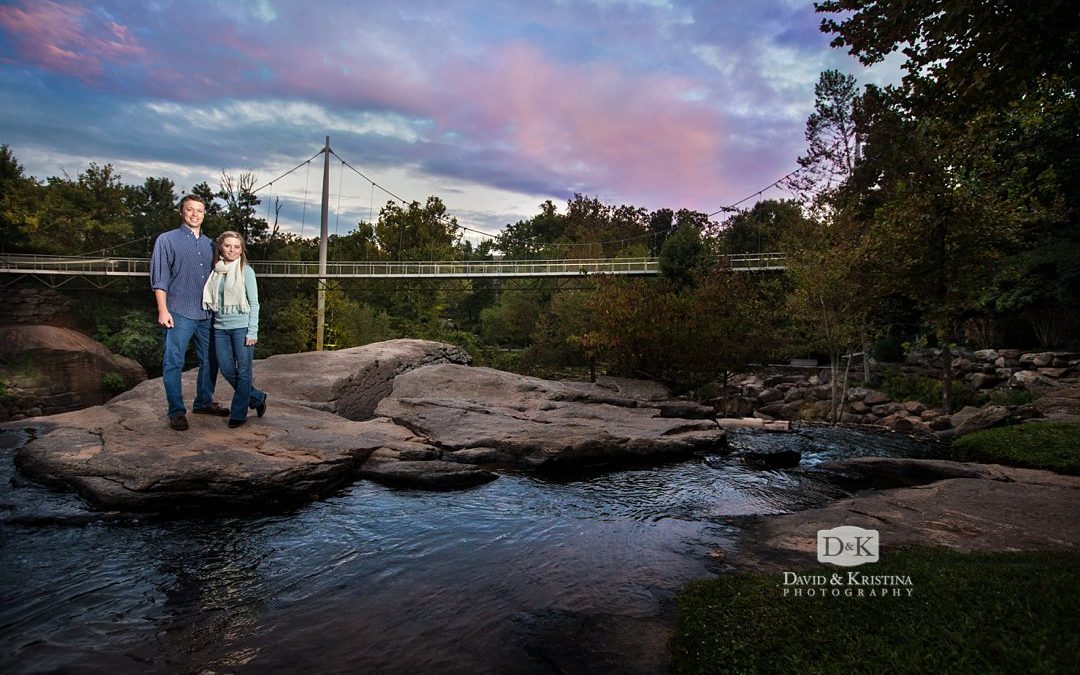 First day of Fall!  A little chill in the air, add some sunshine and two beautiful people…a great way to kick off the opening day of Autumn.